TravelDailyNews Media Network started as a vision back in April 1999, when the first title launched in Athens, Greece to cover the news of the vibrant tourism and hospitality industry of Greece & Cyprus.

Later, on July 1999, the second title launched, this time for the international market to inform the travel professionals worldwide about the tourism trends and developments in the five continents.

It was 13 years later, after TravelDailyNews International established among the top 10 online travel trade media worldwide, that the Asia-Pacific edition launched in Bangkok…

Until today, we have three travel news portals in our portfolio and our target is to expand in other regions and countries. In addition, we build a network of sales offices & partners around the world. 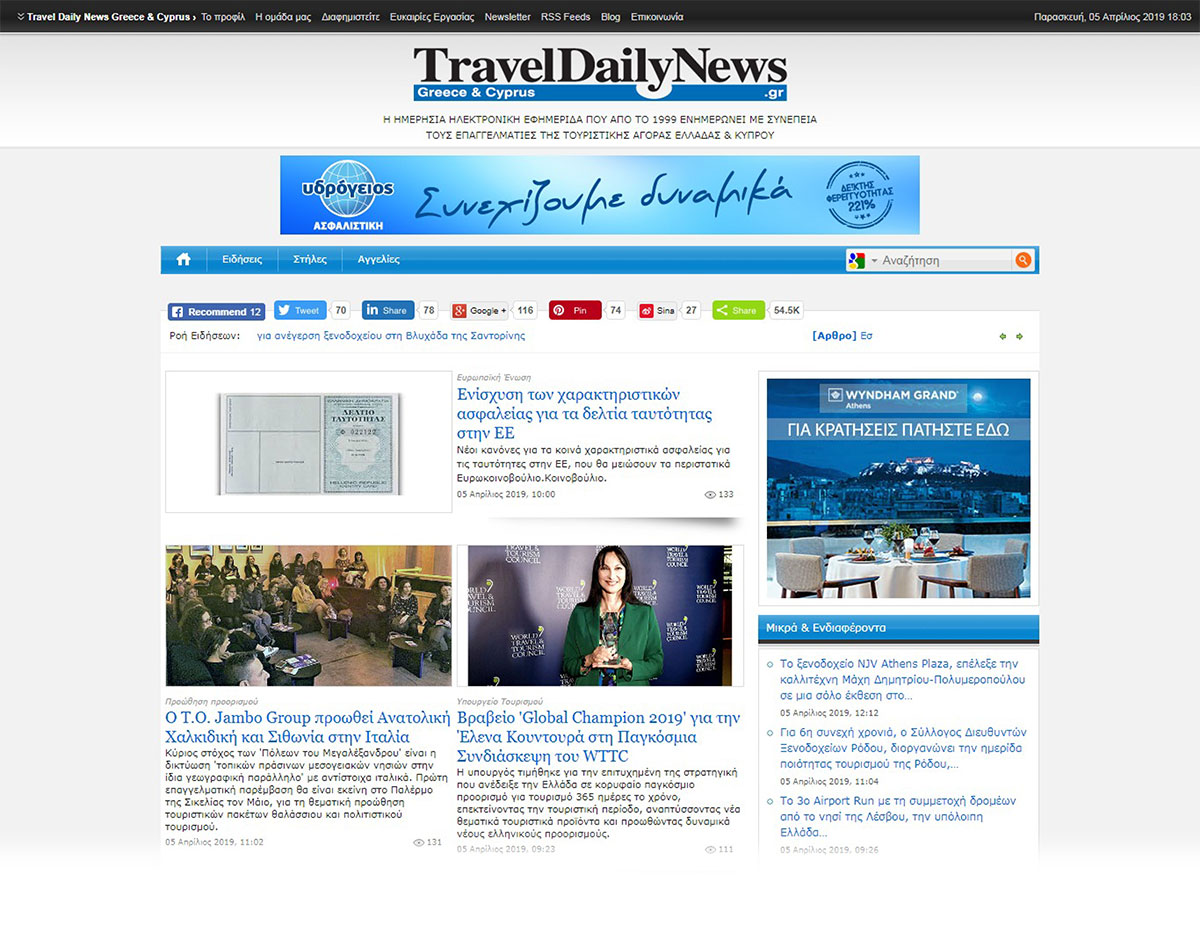